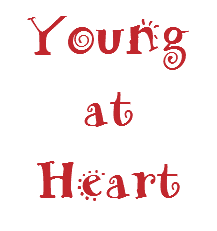 Hot, hot, hot were the words for today. Heat did not keep us from having fun and fellowship together. God knows best and we accept that and live with it. At least the A/C on the bus worked. Thirteen met at church for the trip to Hig’s in McKenzie. Four more met us at the restaurant for a total of seventeen. Joan Thompson’s grand daughter came along with Joan and we appreciate her visiting. Hope she enjoyed her time with us. Also, James Martin surprised us with his presence. Jerry Parsons led in prayer asking God’s blessings on the food and trip. As we entered the restaurant, Jerry P. noticed the sign that reads “10 years and younger needs an adult” so we reminded him, he brought Barbara to make sure he behaved.

We were supposed to have the pork chops but were disappointed. We were told the holiday this month made a difference in how the menu was planned, therefore, we had same foods on the bar as last month, with the exception of watermelon that everyone seemed to enjoy. As usual, things were quieter on the bus on the return trip. Not sure if everyone was so full or if they thought there was enough hot air without it. Anyway, we did have a great time.

We had two August birthday people. Betty Baggett and Jerry Carter. Their decision was to return to Hig’s in McKenzie again. Will the third time be charm enough to get pork chops, we will find out, but we are skeptic. We meet at 11am on August 17th  for that trip. How fast this year has gone by. We hope it will be a bit cooler then. Give us a try and come on along. Between us all, there will be something you like or at least something to talk about. Until then, God bless...........Jewell T